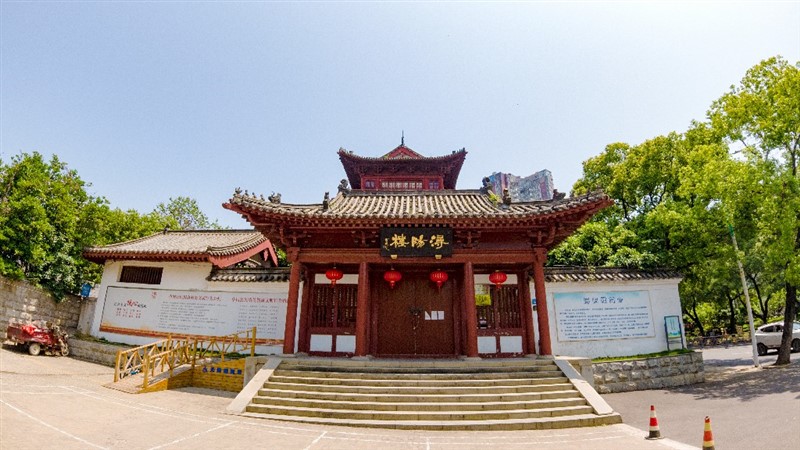 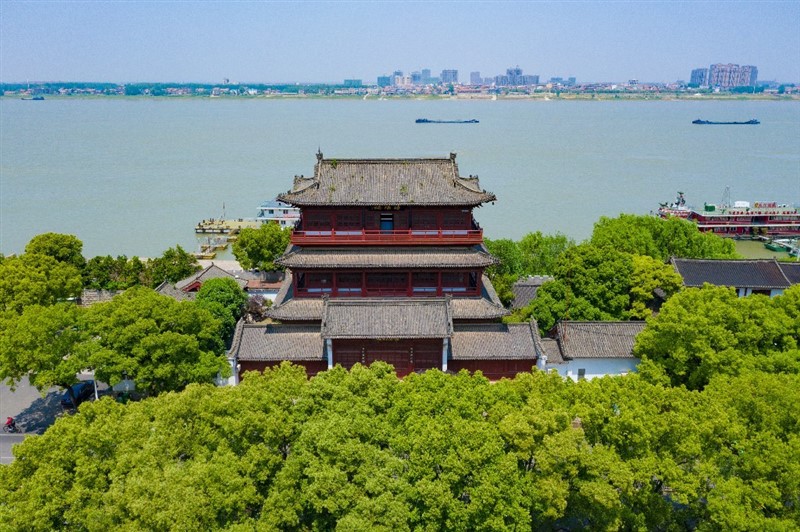 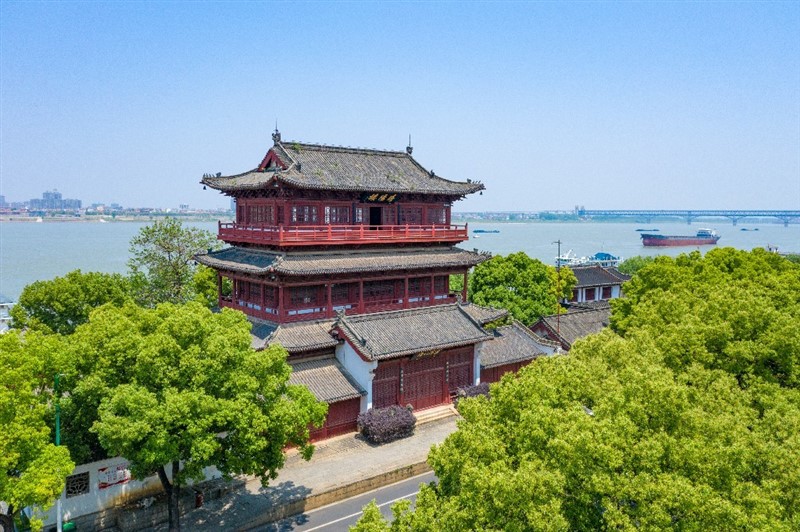 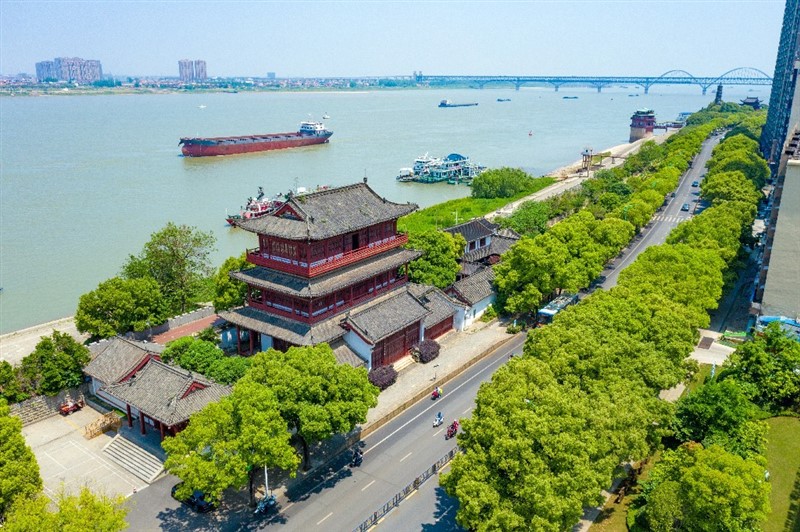 Xunyang Tower derives its name from “Xunyang”, which was the former name of Jiujiang. It originally served as a restaurant. Standing on the banks of the river, it was frequented by literati in the past. It became famous because Song Jiang, a main character in the classic Water Margin by Shi Nai'an, wrote an ironic poem on the tower when drunk. Rebuilt in 1987 in imitation of the Song Dynasty architecture, the present Xunyang Tower has three storeys outside and four storeys inside.