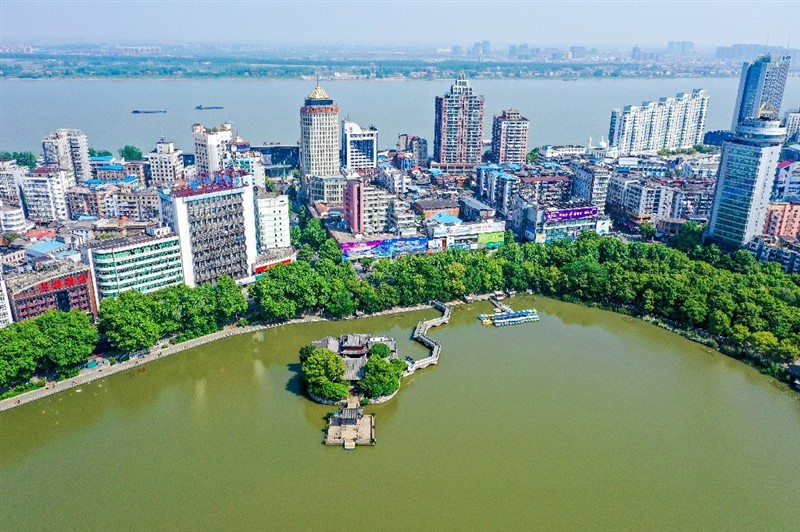 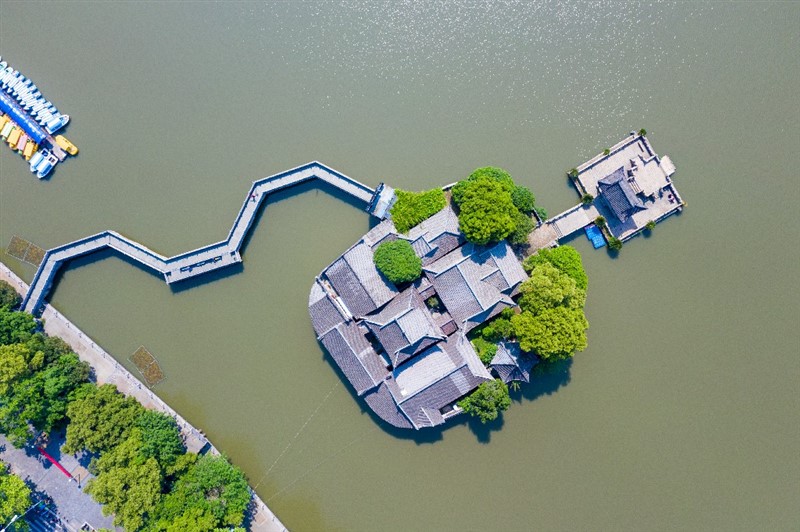 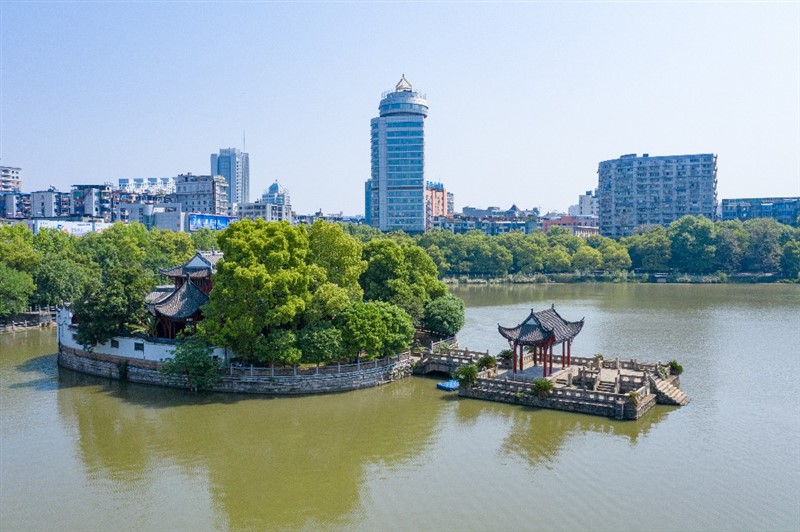 Legend has it that it was a site used by Zhou Yu (a celebrated general during the Three Kingdoms period) to marshal his forces. Bai Juyi first built the pavilion in the middle of the lake, and named it “Jinyue Pavilion” based on the “At parting the river seems steeped in moonlight” in the Song of the Lute Player. When Zhou Shou, son of Zhou Dunyi, returned to Jiangzhou to tend to his father’s tomb, he built another pavilion on the bank of the lake. He named it “Yanshui (mist and water) Pavilion” in reference to the line “mountain and water cloaked in mist”. Both pavilions were destroyed later. At the end of Ming Dynasty, Yanshui Pavilion was rebuilt on the original site. It had the structure as it looks today since the Guangxu reign of the Qing Dynasty. After the founding of the People’s Republic of China, it has been placed under maintenance and repair. The Jiuqu Bridge which connects the lakeside was built in 1972.